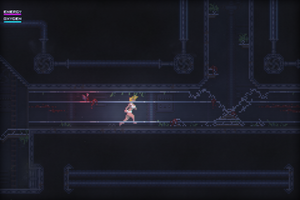 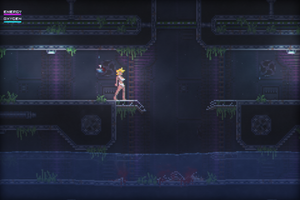 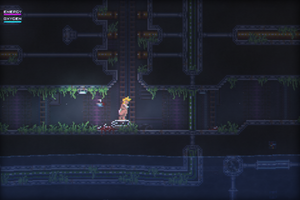 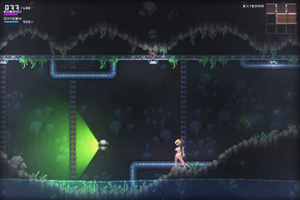 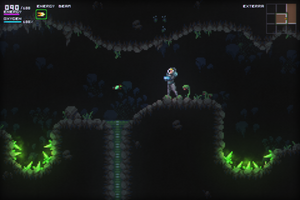 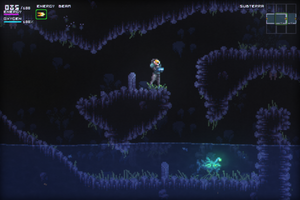 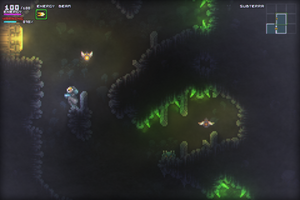 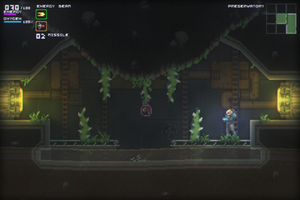 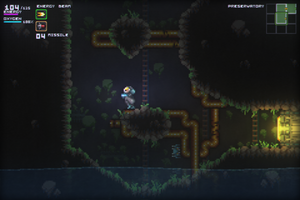 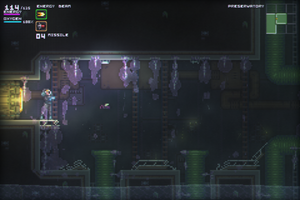 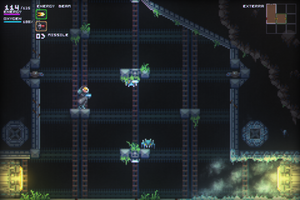 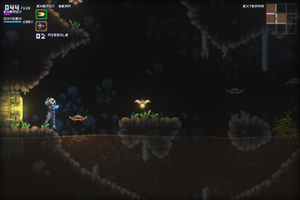 The new demo is here!

This demo more accurately represents the final product than the previous one and will also be the final demo content wise.

There has been too many changes (over 6 months of changes) to post a changelog so you will just have to play it and see.

Looking for any kind of feedback as always.

Hope you all enjoy and please spread the word as I pretty much need this game to "succeed".  :)

You wake up from an unexpectedly long cryosleep, only to discover that this place is not what it's supposed to be.

Great, thanks for the new demo!

I died several times trying to get through without oxygen before I realized that you can pick up the helmet. Also I noticed that the UI keeps explaining controls like "A or cross" but the button was actually square, and "X or square" but the button was circle. I'm using predefined control scheme 1. I finished the demo well after the "end of demo" text appeared after the first boss. I defeated two bosses, 27% map completion, and 9% item collection rate in 50 minutes. I explored 8 discrete regions in total. If I had to guess, I probably missed some items in the first area prior to the escape sequence. I also admittedly did not explore with the charge beam after collecting it, but I'm not aware of any doors that it could have opened. There were at least two items in tiny spaces which I could not reach. I badly wanted a way to jump higher so I could reach a few new areas and also return to the first area.

I had no major issues with controls, performance, or bugs. I did find myself wishing that the minimap would scroll to the new room as soon as I entered the door, instead of after the new room loaded and appeared on screen. Also, when you let off a charge shot and begin charging another shot, an extra normal shot is fired in between. That extra shot does not feel good. Also, when you land on the ground and jump immediately, the "landing" and "leaping" animations play in midair which does not look great.

Thanks again for the cool new demo. As usual, the graphical style is gorgeous. I love all the vibrant colors. I look forward to the game's release! I might have to run through the demo again to make sure I didn't miss anything!

Thanks for playing and the extensive feedback! ;)

Yeah, I pretty much expected the helmet to be missed, that is one reason it is in the same room as the save station.
The issue might not have been that it was "missed" though but rather no UI indication it can be picked up, but I don't really want there to be many UI indicators in the game other than the main HUD, so this could be a valuable lesson to learn early in the game depending on how many interactable things I put in the game. This helmet is basically kind of a test to see how these interactable things could work.

There is a big issue with the control names as I still think it's almost impossible (if not actually impossible) to know which button is which natively in the current version of the engine I'm using. The problem is that every button is basically a number and that number is different on every controller I've tested (only 3 different ones though), so that number is never the same button on any controller which makes determining which button it actually is kind of impossible. There might be a way to do it, I just don't know yet, I will look into it more at some point.

You almost discovered/collected everything. (max is: 29-30% map, 11% item) These numbers are not correct for the full game though, I haven't updated them in a while, but that doesn't really matter since it will always be the same for anyone playing the demo.

I'll take a look at the minimap and see if that could be changed, the way it works now is just how it ended up working.

The charge beam thing could also be fixed as I think you are right, it shouldn't be like it is now.

And finally, the jumping animation error will also be fixed, not sure how I missed this.

Thanks once again for the feedback, it's always nice reading things like this. ;) 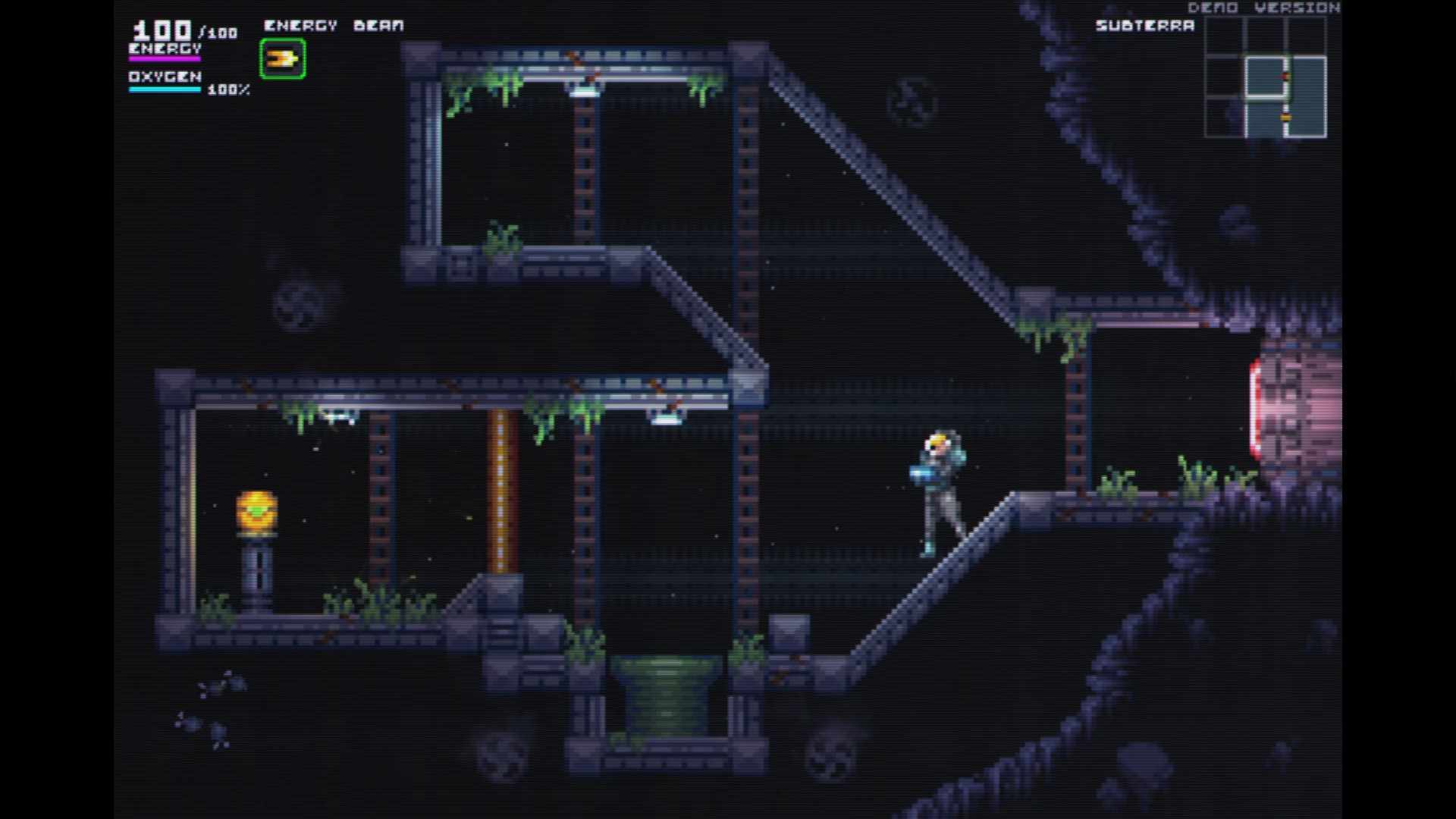 Found myself in this room not sure how to get out... :|

You can most definitely get out. ;)

Unless.. something is broken, I'm noticing one thing that is wrong with the picture now.

Did you find the way out?

You don't have to say how you got out just yes/no to avoid spoilers. ;)

There is a tell, just very very subtle.

Also, I've got one more question: were there any enemies in that room when your entered it for the first time? If you remember.

I did not have trouble with this room, I ended up running to the exact spot right away. I think I learned by this point in the demo how to find the breakable walls.